Once upon a time, in the days before automatic dishwashers, I learned to work with draining boards—flat wooden shelves with grooved channels that drained into the sink. There was no special place for crockery or cutlery. Everything was piled face down. You’d think a draining board would be overwhelmed by just a few dishes and spoons, but they never remained there long. We had dryer-uppers (people!) to keep the board clear.

It was an important job. Dryer-uppers wiped excess water from the washed items, then inspected and polished them. Items were sometimes returned to the washer with disapproval. There was an attitude to the art of washing and drying up. Quality control was personal.

I learned all this in my father’s restaurant. It trained me for a career I never followed, and yet that training guided my life. After a preliminary wash, the dining room silverware was put aside until morning, when it was plunged into boiling water and polished while hot with linen napkins. Then they were arranged in nested regiments—the original ‘spooning.’ This whole process brought attention to every knick and scratch, so that over hundreds of mornings you came to recognize each utensil. 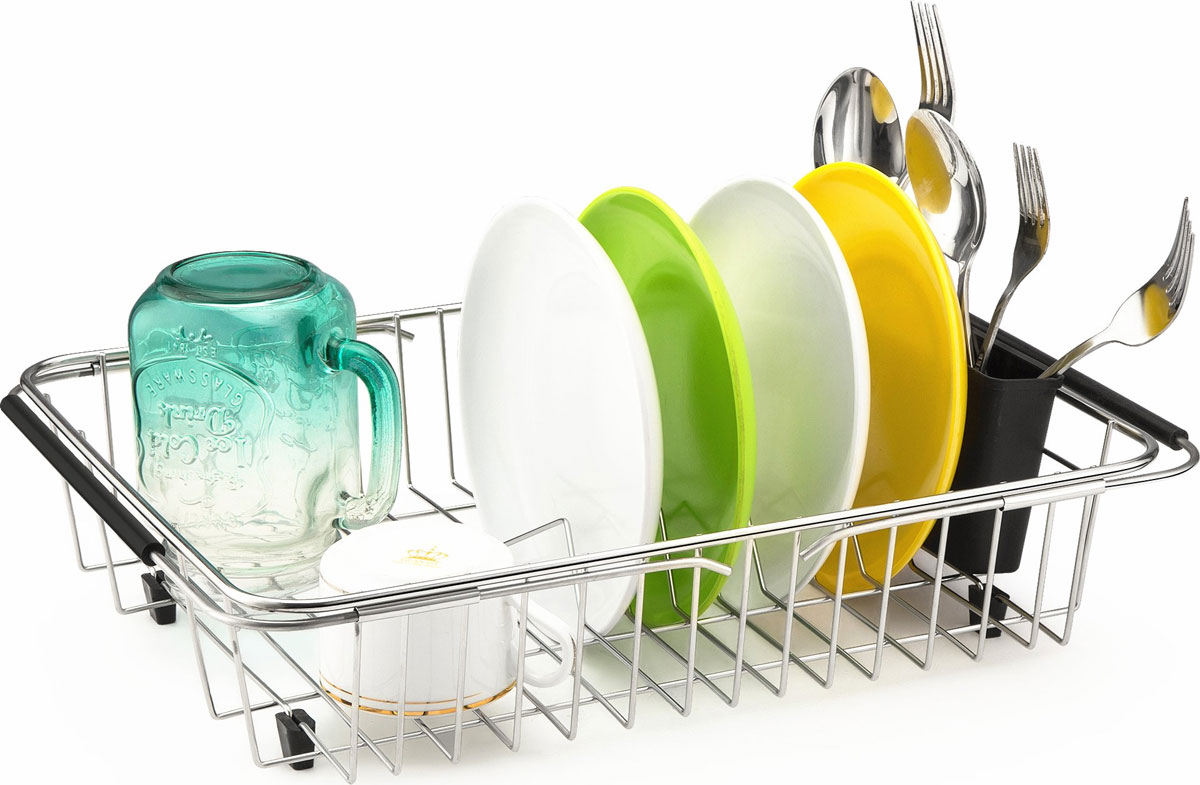 One day a dish rack appeared impudently on the draining board. Now there was no place for the huge frying pans that arrived every few minutes. I don’t know whose idea it was, but it was stupid. It got in the way, disrupted kitchen routine and upset everyone.
It disappeared as mysteriously as it had appeared.

Then one day Dad announced another purchase: a brand-new automatic dish washing machine. Designed exclusively for the hotel and catering industry, it would outperform and replace washer-uppers and dryer-uppers, saving on wages and producing superior results.
Except it didn’t. First of all, someone had to stack and unstuck them. Plus, while they took their sweet time, sauce-encrusted plates accumulated in ugly piles, causing another log-jam in the kitchen routine. Next day Dad had it removed. “Bloody waste of time,” he fumed. “What a shit job!”

Today at home fifty years later, dishwashers haven’t come all that far. Never mind the baked-in stains, they undermine any notion of old-school care. Most objectionable is that they make drying-up obsolete. When I suggested to our daughter that it would be good to polish the cutlery, she looked at me as if I was losing my mind. Labor-saving devices promote this attitude.

I get it. Dishwashing machines help us cram more into our busy days. I don’t seriously have a problem with the dishwasher—I’m just ranting. The real problem is the cramming.

People learning mindfulness for the first time complain that their minds are running uncontrollably. With practice they see that they have a part in that lack of control, and that shifts their attitude. The point is to stop the endless cramming and let some space into the mind.

I call it stopping. One way to practice is by hand-washing dishes. Go slow, watch your body at work as it turns, reaches and holds each item. Pay attention to what you see and touch. Notice how your breathing reflects your mood, and how anxious or relaxed you are. Get to know yourself. Value the moment.

Breathing is your most basic connection to life. Paying attention to it puts you at the center of every experience, provides insight into your body thoughts and emotions, and gives you a say in how you respond as life unfolds.